Jinxed mansion in flames for the third time

Smoke in the air, a glow through the trees and Midvaal Fire and the community turned out to fight the fire demolishing the thatched house at 1087 Regatta Road.

It was July 27, 2021. For neighbours Robert and Sharon Hewer it was a return to nightmare. In the year 2000, 21 years ago, they were also frantically defending their home from flying cinders.

While members of the Henley on Klip Community Police Forum kept the roads clear and curious on-lookers at bay, the firefighters battled the flaring thatch. Neighbours brought out hoses and a water-karretjie came to help.

Firemen climbed the Hewers’ thatch roof to damp down while family and pets were evacuated.

There are five thatched houses in a row in Regatta Road, so flying sparks could have set loose a domino effect of destruction. Fortunately, there was little wind that night.

The effort was hindered as Midvaal Fire did not have a tanker to hand and there are no fire hydrants in Regatta Road. The one supposedly in Marlowe Road could not be located so the pump had to trek constantly to Ewelme Road to fill up.

Firemen worked through the night to wet down and rake the thatch to prevent any further sparks. The main house could not be saved, but the tenant’s and caretaker’s cottages were spared. The owner, Richard de Beer, was apparently in Walkerville and could not be reached.

It was owned then by the Norgaard family and, by sheer coincidence, Neil Norgaard contacted the Henley Herald that week asking for any reports on the fire as he needed proof that the family had lost everything,The newspaper did not go back that far, but a clipping from the Vereeniging Ster was found in a file kept by Heather Dickinson at the time.

At the time of publication there was no indication how this year’s fire started. 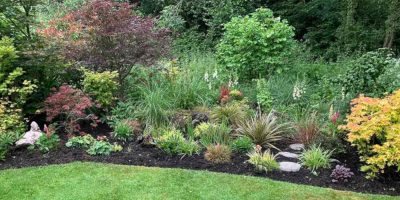 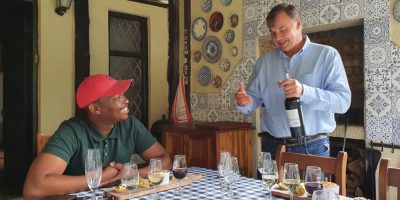 Help put Henley on the map!

Do you have a special Henley experience to share?